The Sybelles commit in sustainable and responsible tourism

Aware of the major challenges of climate change, the Sybelles ski area places the environment at the heart of its reflections in order to move towards responsible and sustainable tourism. To reconcile accessible skiing and respect for the environment, the operators of the Sybelles ski area engage in sustainable actions to reduce the impact of tourism and contribute to raising the awareness of children in the field of ecology by educational actions of awareness.

Faced with the climate emergency, Les Sybelles has set itself the goal of achieving carbon neutrality as soon as possible through immediate action and mobilization of all existing solutions to decarbonise and reduce its energy consumption. From now on, all actions and initiatives of Sybelles will be registered through the “Challenge Zero CO²” label. The operators of the Sybelles ski area want to encourage the socio professionals and elected officials of the territory to register “Zero Challenge CO²” in all their actions, investments and initiatives.

Starting this winter, the operators of the Sybelles ski area are committed to reducing their CO² emissions by sourcing exclusively from renewable energies. A partnership established with EDF makes it possible to cover in “green” energies (hydroelectric, solar and wind) all the energy needs necessary for the operation of ski lifts and the production of artificial snow.
The energy consumed by Sybelles is certified 100% renewable. In the same sustainable logic, for the renewal of ski lifts, the choice fell on equipment with slow engines to reduce by 5% their energy consumption and their acoustic emissions.

The ski area of ​​Les Sybelles has set a goal of reducing by 5% this year its consumption of water for the production of snow culture (at constant scope). It should be noted that 100% of the water used by the snowmakers is returned to the natural environment during the melting of the snow.

Objective: to provide financially accessible and environmentally friendly accommodation.
The residence MMV Star of Sybelles in Corbier will be in 2020 the 1st building entirely built by modular block. The hotel complex is the largest 100% modular 3D wood project in Europe with 8 floors and a surface area of ​​10,000 m² designed with Hubert Architecture. Thanks to the expertise of Ossabois and its off-site industrial manufacturing process, this tourist residence will house 99 apartments and suites, corresponding to 310 modules with a restaurant-bar of lounges and entertainment rooms, spaces of good -being and fitness and an aquatic area.
Real laboratory of modular construction in station, the off-site and renewable materials manufacturing allows to realize a saving of 30% of CO² emission compared to a traditional construction. In addition, the modules built in factories in the Auvergne Rhône-Alpes region also allow optimization of the materials used and a reduction of 30 to 40% of the waste.
The financial port of the project is part of a sustainable vision. The building will be dedicated to tourism exploitation for the next 30 years. The opening is scheduled for December 2020, just one year after the start of work.

At La Toussuire, CGH Residence 4 * The Alpaga will be the flagship of a new financing in mountain. In order to boost tourism investment and fight against cold beds, the first tourist residence supported by a “mountain” SCPI and managed by CGH will open at La Toussuire-Les Sybelles in December 2020.
For the first time, a mountain tourism residence will be financed with funds from a fund investment then an SCPI dedicated to 100% in mountain rental investment and composed of virtuous investments framed by a mountain law convention. The Maulin.ski group is particularly investors. The Alpaga marks the beginning of a new period for mountain tourism investment and paves the way for financing future new programs that will help support and support tourism development in mountain resorts.

Finally, in an approach of qualification of the lodging offer and sensitization of the actors of the territory, the label “Qualité Hébergement des Sybelles” is reinforced and integrates new criteria of labeling. From now on, all the hosts who engage with a green energy supplier for their energy and install eco-foam water reducers on all the taps of the flats they manage will be able to claim this label.

Tracks in the natural state to reduce damage

The Sybelles ski area reserves some of its ski slopes secure freeride practice to reduce the consumption of fossil energy induced by grooming equipment.

The Sybelles create educational actions for children. Beginning this winter, every child in snow class will receive with his medal of ski schools, a kit of plantation of a pine tree that he will be able to take back home and to see to grow. A link with schools will help track projects.
This fall, Les Sybelles committed to the association “Friends of Nebeday” in Senegal to plant 50,000 trees around houses in the villages. More than 8,000 Senegalese children will participate and follow this program to raise awareness of the environment and climate issues. Trees of the mangrove species will also be planted because they are known for their CO² storage capacity. They will contribute to the rebirth of the 45,000 ha of mangrove lost since the 1970s in Senegal.
[+] information on Friends of Nebeday association 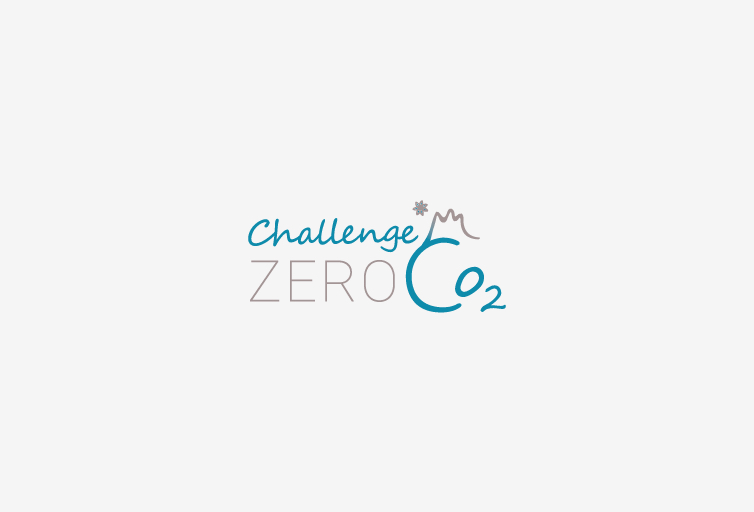 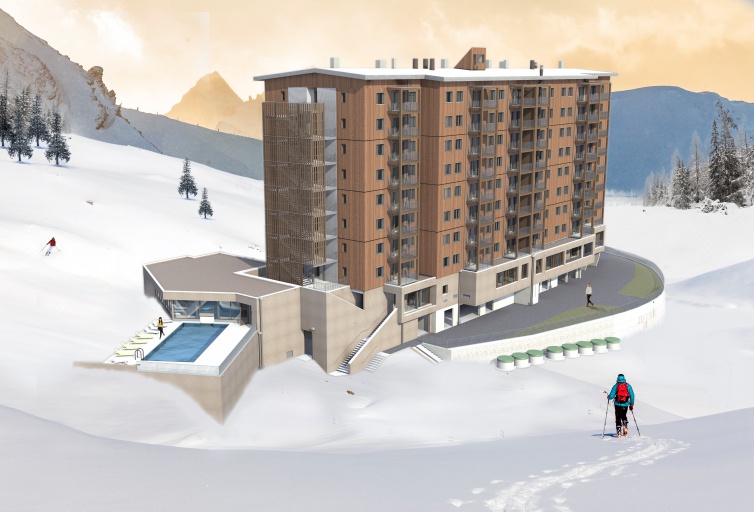 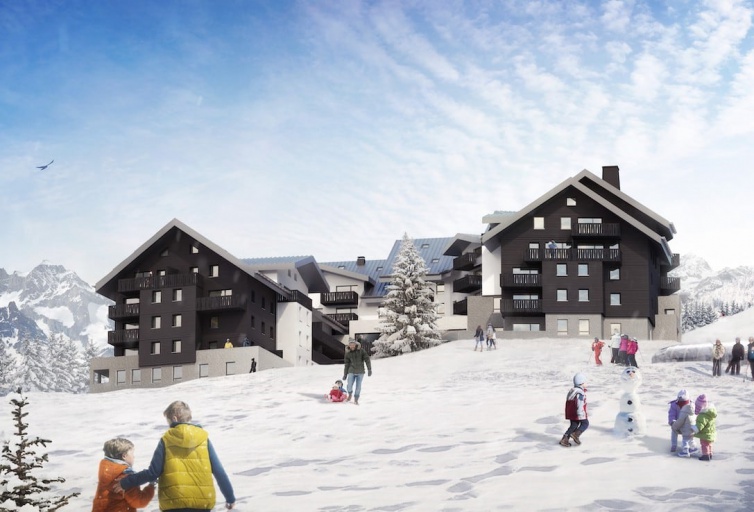 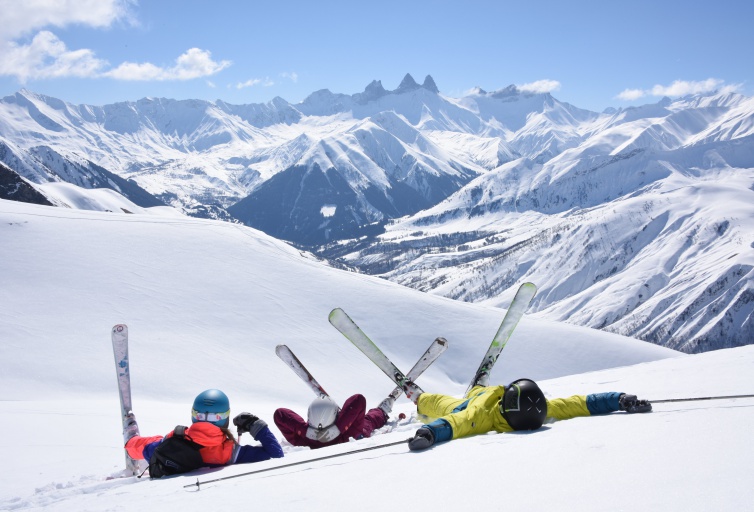 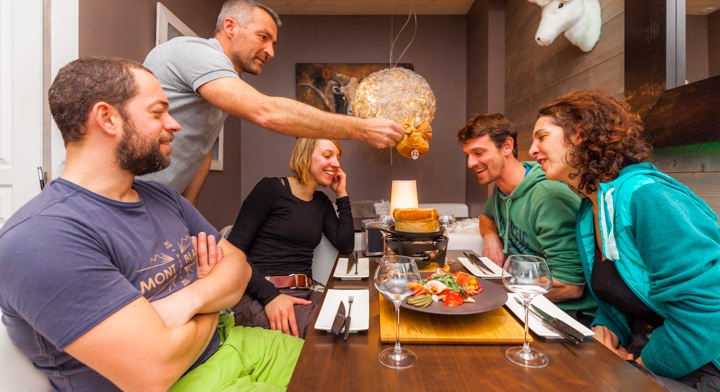 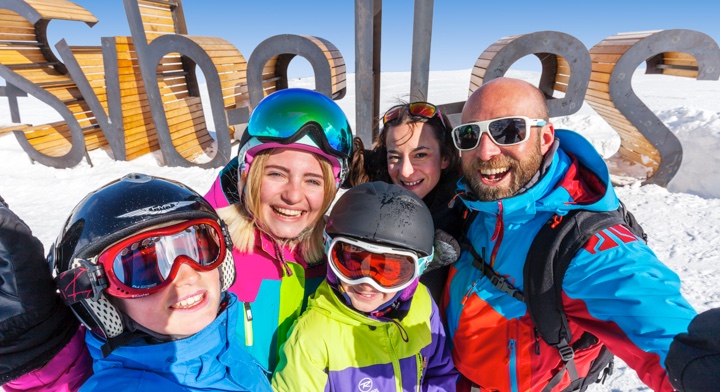